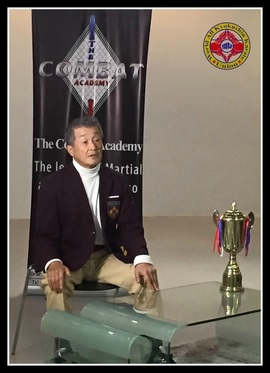 Kaicho Seiji Kanamura 9th Dan (Japan) is one of the founders of World All Kyokushin Karate Union. He was born in Tokyo. His father and Mas Oyama knew each other for a long time. In early 1960’s, he became Mas Oyama’s student. While training hard, he successfully finished food chemistry at Meiji University in Tokyo. Between 1968 and 1971, he was the chief instructor in the Honbu Dojo.
In 1970, he received Best Technique and Best Spirit Awards as well as Best Attendance in special black belt training. Along side Masutatsu Oyama, he was in many movies and books. In 1971, Sosai Masutatsu Oyama sent him to the United States to teach for two years. After the two years, Sosai Oyama asked him to stay for another year. Kaicho Kanamura answered with an OSU! Each year, Mas Oyama asked him to stay for another year and the answer was always the same. Since then, he has been living and teaching Kyokushin in New York. He took over the dojo in downtown Brooklyn, which has been a legend in US since. Since early 1980’s, he has been a professor at the Long Island University teaching sport science and karate. He has taught in many places around the world including Hawaii in 1974, Venezuela and Brazil in 1977, Canada in 1979, Haiti in 1980, and Italy in 1983. Kaicho Kanamura puts together the famous sword demonstration which was shown at many competitions. Kaicho Kanamura was the national team coach many times since 1975. At Sosai Oyama’s request, he did unforgettable demonstrations at many championships worldwide. Each year since 2001, Kaicho Kanamura has been frequently visiting many countries teaching Kyokushin Karate and leading trainings. He is guiding and supervising the standards of the World All Kyokushin Karate Union. ​ ​​ 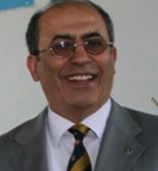 Hanshi Suleiman – 9th Dan (Japan) one of the highest ranking Karate and Self Defense grand masters in the world of Kyokushin Kai Karate Do, and one of the closest people to Sosai Oyama. He was appointed by Sosai Oyama as The Middle East Area Chairman in 1991, and granted by Sosai Oyama’s the permission to start the Internatioanl Japanese Kyokushin Academy in 1993. He is an authority on Kyokushin Karate, and a professional expert on Self Defense. He is authorized by the Governement of the State of Kuwait to train its police officers in the Police Academy of the State of Kuwait, and the special guard units. Some of the many, many achievements of Hanshi Suleiman are Area Chairman of the Middle East, International referee and Training committee Member in Japan, Chief of the Karate/ Self Defense Department of the Police Academy in the State of Kuwait, Head referee in Japan and other international countries, and the author of several Kyokushin Karate and Self Defense books. The WAKKU welcomes Kyokushin, and Full Contact Martial Artists to join its ranks, and work towards unifying Kyokushin Karate under one umbrella just the way it was when Sosai built the IKOK.